<<Back to Cradle-to-Cradle Model 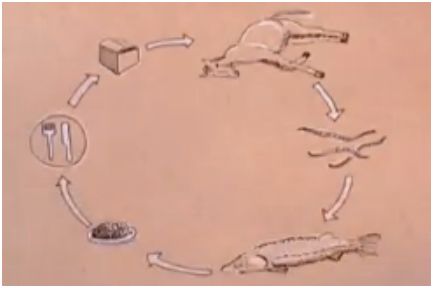 Graham Wiles conceived a lucrative cycle of processes, demonstrating the 'closed-loop' model. He identified a path of operations emerging from a common waste product (cardboard boxes) and turning it into a high value end product (caviar), which could be sold back to the original producer of waste.

How it works:
Clearly, the economic considerations, which are also reflective of the required energy inputs, dictate the viability of the operation. For example the energy inputs to cultivate sturgeon are considerable, with large requirements for fresh water, space and temperature/pH control. This cost needs to be less than the combined total of what he is paid at every other stage in the cycle, for it to be profitable.

Similarly, for the Algal Harvesting project there needs to be a positive net energy gain, i.e. a 'profit', associated with the processes involved. This is assessed by conducting a Life Cycle Analysis.